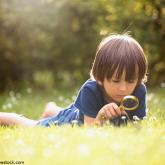 Getting the environment right – Our future depends on it

Pollution kills - over one million children each year die from air and water pollution alone.

But what has all that got to do with human rights?

There is growing awareness of the links between human rights and the environment. You need a healthy environment to fully enjoy your rights to life, health, food and water. But at the same time you need access to rights like freedom of expression, association, information and justice to protect the environment.

The UN’s former Special Rapporteur on human rights and the environment, John H. Knox explains: “Recognising the human right to a healthy and sustainable environment would not solve all environmental problems.

“But it would make clear that a healthy environment is on the same level of importance as other human rights and that, like other rights, it must be fulfilled in order for all people to enjoy lives of dignity, equality and freedom.”

In Europe, environmental protection is enshrined in numerous laws and standards, and is actively promoted by the European Courts in a number of its judgments. It also features in the EU’s legally-binding Fundamental Rights Charter.

In the past, environmental protection was very government focused on what the State can, and should, do, explains Katalin Sulyok from Hungary’s Office of the Ombudsman for Future Generations.

“[But] the state-centred approach has many shortcomings. A human rights-based approach reframes environmental protection in terms of new rights holders and numerous duty bearers.”

In other words, not only governments, but other actors also have a duty to protect the environment and people have the right to a clean environment.

Looking at the environment from these perspectives, today’s generation will feel a greater sense of belonging towards their natural heritage, which they will want to preserve for their children and grandchildren.

And this is precisely what will be covered at the Forum on 26 September.

It seeks to explore who to get on board to help protect the environment with a view to the future.

These include NGOs. They are becoming increasingly active, and successful, in “getting often-reluctant governments to adopt more ambitious and stringent climate policies, sometimes by filing claims even in the name of groups of minors and future generations,” explains Katalin.

They often use international and domestic human rights guarantees to compel States to take action. In 2015 in the Netherlands, a landmark case forced the Dutch government to revise its climate change policy on the grounds that it had a duty of care to its citizens.

Involving business is also vital, especially as their human rights impact is often greater than that of States. And this extends to their contractors and suppliers which often operate in countries with less stringent environmental standards.

Scientists also play a key role by supplying ever more precise information on the global changes of our planet.

Then there are Ombuds Institutions like Katalin’s pioneering Ombudsman for Future Generations. It tries to advise, encourage and monitor the Hungarian government and legislature to mind the needs of future generations.

Recently the Hungarian Constitutional Court asked for the Ombudsman’s opinion on the compatibility of a piece of legislation on withdrawing groundwater. The Ombudsman argued it did not safeguard the interests of future generations as it could have led to overexploitation and pollution of the water resources. As such it was unconstitutional.

The court agreed and the act was abolished.

Globally the signs are encouraging. “There is a flood of [climate change] litigation. While the bulk is pending, a handful of judgments have already been delivered obliging States to take diligent climate action,” concludes Katalin.

“Ideally, governments would also be required to pass on some key resources to future generations.”