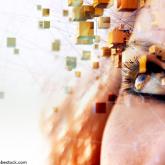 Getting to grips with human rights’ new digital reality

Interactive technologies are the new go-to solution in communicating about human rights.

They allow stakeholders and donors to immerse themselves in and experience greater empathy with the issues at hand. That’s why their use is expanding so rapidly into areas where the human story counts the most: human rights.

“Virtual reality is known as the empathy machine,” says Cambridge University’s Dr Frederick Baker, creator of the popular virtual reality (VR) experience Klimt’s Magic Garden who will talking about empathy and digital technologies at the Forum.

“It steals eyeballs and hearts and minds too. It is a must-have technology to break through to a compassion fatigued public.

“If professionally done, VR can rekindle the basic human feeling of compassion and solidarity, without which human rights are helpless in an increasingly 'me-first' world.”

The Forum’s Virtual Zone will allow you to experience first-hand the power of virtual reality via touching documentaries.

Connect with the realities of a Syrian father talking to his son just before crossing the sea to Europe (‘Sea Prayer’), or an asylum seeker waiting for the big decision (‘Limbo’) or even a young migrant in a refugee camp (‘Clouds over Sidra’).

The European Asylum Machine initiative’s demo will present many of the challenging aspects around asylum and migration.

The Virtual Zone will also serve you a daily ‘digital buffet’ of FRA’s own initiatives. These include:

At the zone the secrets of successful campaigning will be revealed. You can learn tips and tricks of storytelling with data from data visualisation software specialist Tableau.

“The effective use of data is vital for our understanding of fundamental issues, such as human rights violations and political instability, for informing our policy-making, and for enhancing our ability to predict the next crisis,” says Alexander Loth, Digital Strategist with Tableau.

“Furthermore, the scope, complexity and life-changing importance of the work being done on topics like these across the EU has made it more important than ever for everyone participating in the public conversation and in demographic decision-making to have access to and to be able to derive insights from key data sources.”

Other must-sees at the Virtual Zone include coaching on how to take charge of your digital security from Access Now, manage fake-news attacks, and tell captivating stories with your data.

“We need to fight back: challenge ourselves, empower critical thinking and participation - urgently in view of European elections.”

Come and experience them for yourself!