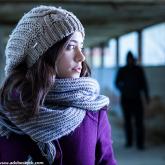 From #MeToo to #EUToo to help end violence against women

What do many woman have in common? They have been the victim of some form of violence against women.

It raised awareness of an issue which many women have long known: violence, harassment and hatred towards women are features of their daily lives.

It affects women in all walks of life, at all levels, online and off from the home to the workplace to the street.

In 2014, FRA published its landmark violence against women survey, the largest and most comprehensive survey of its kind to date. It revealed how over 62 million women had suffered from physical or sexual violence in the EU.

Fast forward to 2017 and the #MeToo movement unleashed a flood of accounts online of sexual harassment and sexual assault. Tens of thousands of stories were posted online.

Worldwide, the UN says 35% of women have experienced physical or sexual violence at some point in their lives. This rises to 70% according to some national studies.

A report soon to be released by Dubravka Šimonović, the UN Special Rapporteur on violence against women, has found that over 80% of women in politics have been the victims of sexual violence or harassment.

These shocking figures underlined why #MeToo was so important.

“It supported and encouraged courageous women to dare to speak out and share their life stories with full names,” said Dubravka. “This was unprecedented.

“#MeToo is about breaking the silence … which too often has been tolerated for too long.”

She spoke of how, in her role as Special Rapporteur, she often visits countries where such violence is tolerated and unrecognised. “It is ongoing denial.”

#MeToo has helped changed that. It has been very powerful and has created solidarity among women.

“It has also demonstrated that [violence against women] is widespread and endemic.”

While #MeToo helped raised awareness it has also helped generate a debate.

“It was a conversation that needed to be had,” said the UN's Human Rights Office’s Peggy Hicks.

Not only that, it has opened a conversation on women’s role in the workplace, she added. Some men backed off and thought twice in how they interacted with their female colleagues, such as taking the mic or floor in meetings.

But there are many other conversations needed.

These include the longer impact of violence.

She spoke of how former partners can continue their abuse especially when children are involved. And she speaks from personal experience.

Abusive partners may use access to children and threaten their children to maintain control. Unfortunately, courts often do not recognise this. Parental rights trump potential abuse from former partners.

“The time for change has come,” said Alianne. And this is where the #MeToo campaign has been helpful as out of date practices come to light.

“It shines a light on those people who look the other way and tell victims to be silent ... The lives of abused people are at stake and we can’t take their lives for granted.”

However, Carmen Gheorghe, from E-Romanji, a Roma Women’s Rights association, issued a note of caution. There were many voices unheard in the #MeToo campaign – women with disabilities, Roma women, poor women or women in rural areas.

“Their silence doesn’t mean that they don’t experience sexual harassment or sexual violence,” she adds. It reflects the mistrust that they have towards public institutions.

It also underlines the need to capture those voices and be inclusive in efforts to tackle violence against women.

It is clear #MeToo has created awareness. But from here action is needed. Institutions need to respond and commit to change.

However, the scale of challenging deep-rooted attitudes towards women should not be underestimated. Some places are experiencing a backlash to #MeToo with voices questioning gender equality and even pointing to discrimination against men.

During discussions at the Forum it was suggested that education is key. It could counter stereotypes and behaviour and change attitudes starting even as early as primary school.

Education should extend to judges and public prosecutors. This would make them more aware of the trauma caused by abusive relationships, for example.

Working with community leaders can also help bring about change.

Funding was another issue raised. This would help support groups offer assistance and advice to victims. “They are too often under resourced and under respected, and don’t have the types of traction and support that they need,” said Peggy.

These sort of programmes need more support which is why participants also joined the #EUToo call to action for the EU to ratify the Council of Europe’s Istanbul Convention on combating violence against women.

While there was a lot of talk about accountability there was little talk about deterrence, said. Peggy. “Awareness raising is a step towards deterrence. Keeping that spirit going is what the global #MeToo movement gave.”