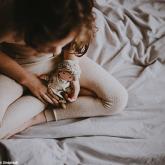 Imagine if nearly everyone in Belgium and the Netherlands lived in poverty. Well, that is the situation facing almost 25 million children across the EU.

Although the picture varies from country to country, child poverty is everywhere in Europe in every single Member State. .

In some countries the situation is particularly worrying. In Romania, one in two children under 18 are at risk of poverty or social exclusion.

And if you look even closer, you find vulnerable groups like Roma or migrant children fare even worse. Over 90% of Roma children in the nine countries surveyed by FRA faced poverty. In Greece, almost half of Roma children lived in homes where someone went to bed hungry.

And the situation is getting worse.

The latest figures from Eurostat show that unfortunately the EU is further away from reaching its poverty reduction target than it was 10 years ago; the only Europe 2020 growth and jobs target showing no signs of progress.

“If we do not address child poverty as a priority our societies will continue to experience unacceptable levels of inequality,” says Jana Hainsworth, Eurochild’s Secretary General. “Aside from the human cost, this also damages our economy, democracy and social cohesion.”

For Yousef aged 16 from Malta “it actually makes me really sad because education, food, shouldn't be anything you struggle to get or have problems getting and earning.

“It should just be a right. It’s a human right.”

Christos from Cyprus, aged 16, agrees: “For [children in poverty] life and childhood is not about playing, but it’s about survival.”

A child’s education and health suffers when living in low income households, in poor living conditions without decent electricity and sanitation.

Their physical, intellectual and social development suffers too. And this can last well into adulthood.

What is needed is a rights-based approach, which FRA and Eurochild will explore in-depth on 25 September at the Forum. During the session, FRA will also present findings from its child-poverty report that will be published on 17 October.

“We need to recognise children as individuals in their own right,” says Eurochild’s Head of Advocacy, Reka Tunyogi, “and not as a mini-person with mini-rights”. This means treating children as fully-fledged rightsholders and considering what is in the best interests of the child.

And as Reka points out respecting child rights also delivers the best results.

Not to mention, all EU Member States have ratified the UN’s Child Rights Convention. This mean they must honour their commitments, she adds.

Yousef aged 16 feels the issue of children in poverty deserves more attention than Member States are giving it: “We are spreading a lot of awareness but we are not really doing anything about it

“We need to prioritise them as a group,” he adds.

“Governments can help children who are experiencing poverty by giving the parents economical support and job opportunities in order to be able to support their children and given them an easier life,” says Georgia 14 from Cyprus.

“I think you can’t measure poverty in money or units,” says Linda 15 from Estonia.

“Poverty, comes within you and if you feel poor, it means you don’t have real joy or pleasure in your life, you don’t live fully.”