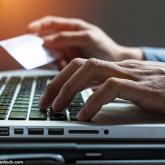 We’re all used to technology reshaping our lives but what happens when so-called intelligent systems lead to mistakes?

The common thinking is that IT solutions reduce human error. They make objective informed decisions based on available data. But when flawed data are used then problems arise.

“Whatever is registered is the truth.” Or rather that’s how it is perceived, explains Swedish migration lawyer Viktoria Nyström.

It is so difficult to change asylum seekers’ registered information or for them to prove it is wrong, she adds.

When asylum seekers first enter the EU, the information collected is vital. Even more so with IT systems being increasingly relied on for managing migration and security.

And as the systems become interoperable, the impact of any data entry errors is amplified.

The issue is not insignificant. About 50% of European border and visa officials interviewed by FRA spoke of data entry mistakes in their IT systems.

This can result from misspellings, the lack of interpreters to take down personal details, or fingerprints being assigned to the wrong person. Simple errors from the beginning with large consequences for the future as this information is used.

“The problem is the human factor,” says Viktoria.

She believes the information is being recorded too quickly without enough care: “[Border officials] have to be really thorough but they are not many times … even though it is something so important.”

Another major issue is the amount of information that is being captured and stored in one place.

This is not just your personal data but also what happened to you en route. This could include abuse and arrests which may have occurred because you were trafficked and exploited.

“They can never start over. It follows them”.

Only people who are authorised should of course access this information. But if it’s there…?”

With so many interconnected information, the risk that others can access and use this information, including people from the countries that asylum seekers are fleeing from, grows.

However, it is not a problem of having some information, she emphasises. The problem is storing too much information.

To adequately challenge decisions from the government and defend asylum seekers, she needs access to all the information and documents in the system. “We have half of it but we need all of it.” But legal representatives don’t have access.

Even asylum seekers, who have the right to information, do not have access, which also affects their right to justice.

To further complicate matters, if asylum seekers are registered in another Member State, they will not be referred to law firms like Viktoria’s AE Nyströms Advokatbyrå.

“They are all alone with no representation at any time,” says Viktoria. And then those that have representation may lose their legal aid if they are found later to be registered elsewhere.

According to Viktoria, when it comes to improving IT systems, you need to be really careful about the information that is put in.

For that you need really good procedures about what information is being collected, for what and how. Then it should be checked before it is entered.

Legal representatives and asylum seekers should also have better access to the information governments are basing their decision on.

All in all, “IT boosts efficiency but what are the risks to fundamental rights?” asks FRA Director Michael O’Flaherty.

“This question, often posed but rarely examined in detail needs close attention to ensure the rights set out in the EU's Fundamental Rights Charter are upheld.

"Adequate safeguards will help minimise rights violations and build trust in the greater use of IT systems for enhanced security and smoother migration flows.”

Viktoria agrees: “What we want is a system where we know who is entering Europe and where we can identify people.

To help improve the system, the Agency has been examining closely and advising on the human rights implications of existing EU IT systems and the EU’s proposals to revise them.

To hear more about the issues revolving around EU IT systems for migration and biometrics join the discussions at the Forum on 25 September.