This page shows a selection of speakers at the Forum. For a full list of speakers please see the individual sessions in the programme. 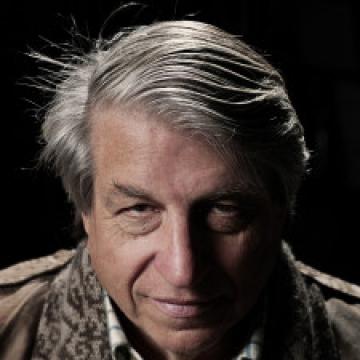 Political theorist and founder of the Global Parliament for Mayors Project

Political theorist and founder of the Global Parliament for Mayors Project

Benjamin Barber is a visiting research scholar at The Graduate Center, CUNY, founder of the Global Parliament of Mayors Project and the Interdependence Movement, and Walt Whitman Professor Emeritus at Rutgers University. He is the author of eighteen books including the classic Strong Democracy, the international bestseller (in 30 languages) Jihad vs. McWorld (which will appear in a 20th anniversary edition in 2016) and his latest work, If Mayors Ruled the World: Dysfunctional Nations, Rising Cities (also in eight foreign editions), which is the foundation for Barber's current project aimed at establishing a Global Parliament of Mayors. He has just completed Cool Cities: Urban Sustainability in a Warming World, which will appear in 2016/17.

His honors include a knighthood from the French Government, the Berlin Prize of the American Academy, the John Dewey Award, and Guggenheim, Fulbright, and Social Science Research Fellowships. Barber has been an outside adviser to President Bill Clinton, worked on the Howard Dean Presidential Campaign and has consulted with national and municipal political and civic leaders around the world.

A founding editor and editor-in-chief of the distinguished international quarterly Political Theory, Barber has written for the Huffington Post, the Wall Street Journal, Financial Times, the Washington Post, the New York Times, and the L.A. Times as well as The Nation, The New Republic, the Atlantic, Harper's and publications around the world including Suddeiutsche Zeitung, Nouvel Obsservateur, El Pais and La Repubblica. He has appeared on CNN, the BBC, Fox News, Al Jazeera, the Tavis Smiley Show, Bill Moyers Journal and Charlie Rose.

Barber's fiction, television and theater work include the novel Marriage Voices, the opera Home and the River (with George Quincy), five plays, lyrics for the Martin Best EMI album Knight on the Road, and several television series including (with Patrick Watson) the ten part CBC/PBS/ITV series The Struggle for Democracy and for BBC Four, Greek Fire.

Dr. Barber's urban agenda focuses on the "Devolution Revolution" that is empowering cities to address global issues through cooperative urban networks; it argues that cities have not only a responsibility but the right to secure the sustainability, life, and liberties of its citizen's. His is, in other words, a rights-based approach to urban cooperation and the founding of the Global Parliament of Mayors.

No moderators found for your search.